All Posts in Category: Frenectomy

We hope you and yours are in good health during these stressful times.

A Dallas County Judge has ordered all dental offices to treat only emergencies until April 3, 2020.

Tongue-tie and lip-tie babies are considered emergencies and will be seen immediately.

We will be available during our normal office hours:

Contact us with any questions. We are here to help you.

One thing that sets Loveable Smiles apart from other dental offices is that Dr. Korenman is a part of a very small percentage of dentists (only 1%) who have invested in laser technology and provides the finest dental lasers in the industry: the WaterLase iPlus™ all tissue laser system and the EPIC Diode Laser by Biolase.

One of the most promising aspects of laser dentistry is improved patient comfort, less damage to surrounding tissues, and better healing.

Dr. Korenman uses laser technology in his office for a variety of issues including: 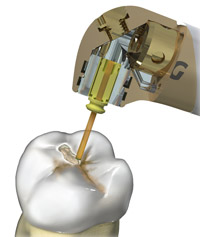 Learn more about the dental technology used at Loveable Smiles by clicking here.

Thanks to laser technology, Dr. Larry Korenman of Loveable Smiles in Richardson, TX has been helping infants who have trouble nursing due to tongue-tie and lip-tie issues.

Here are more photos of babies Dr. Korenman has been able to help recently! The Laser Frenectomy at Loveable Smiles in Richardson uses cool water during the procedure. There is virtually no bleeding, no pain, no risk of infection and the healing is almost instantaneous for infants. The procedure takes less than 1 minute.

Dr. Korenman was featured on WFAA Channel 8 about the service.

To schedule a consultation to check your baby for a lip or tongue tie, please call our office at Loveable Smiles at 972-231-0585.

Thanks to laser technology, Dr. Larry Korenman of Loveable Smiles in Richardson, TX has been helping infants who have trouble nursing due to tongue-tie and lip-tie issues. (He was featured on WFAA Channel 8 about the service. http://www.wfaa.com/videos/news/health/2015/02/24/simple-solution-helps-nursing-babies/23965539/)

These are photos of recent babies Dr. Korenman has helped.

On the left we have baby Eden who was having trouble staying latched when she was nursing. Immediately after her procedure, she was able to latch on deeper and stay latched longer. Her parents also opted to have her receive the laser frenectomy to prevent improper spacing between her front teeth.

On the right we have precious twins Lincoln and Addison. Lincoln was having problems latching and also difficulty keeping his bottle and soother in for an extended period of time due to the tongue and lip ties. Afterwards Lincoln quickly went back to sleep!

Dr. Korenman suggested he take a look at Lincoln’s sister Addison who also was found to have a lip tie as well. She, too, was having latching issues and required a shield prior to the procedure but now she’s nursing better and no longer uses the shield.

Thanks to advances in dental technology with a Laser Frenectomy, which uses cool water during the procedure, there is virtually no bleeding, no pain, no risk of infection and the healing is almost instantaneous for infants. The procedure takes less than 1 minute.

Tongue and lip ties are very common, but often not diagnosed even when it causes problems. Lip tie is usually missed as well as it is under the upper lip and actually causes more pain to the nursing mothers than tongue tie.

The “wait and see” approach can lead to more problems
• Nursing and eating
• Nutritional issues
• Speaking
• Inability to develop proper airway which has been correlated with asthma, sleep disorders (possibly S.I.D.S.), allergies, ADD/ADHD
• Spacing between the upper front teeth as well as improper location of the teeth as they erupt

And the issues can persist on into adulthood causing sleep disorders and the myriad of health issues related to that.

Check out Dr. Korenman being interviewed by Janet St. James on WFAA about frenectomies for newborns.

Health reporter Janet St. James of WFAA interviewed Dr. Larry Korenman of Loveable Smiles in Richardson about tongue and lip ties and how a laser frenectomy can help with successful breastfeeding!

February is National Children’s Dental Health Month and many newborns are benefiting from a trip to the dentist thanks to Dr. Larry Korenman of Loveable Smiles in Richardson.

After three weeks, it was painfully clear that breastfeeding wasn’t working for Heather Gaddy of Allen or her newborn daughter. For mom, she was getting blisters. For little Brynlee, she was choking and even stopped breathing.

Mom learned Brynlee was tongue-tied and had a upper lip tie.

Tongue and lip ties are very common, but often not diagnosed even when it causes problems.

The problem happens when the little flap of tissue hooking the tongue to the bottom of the mouth is too short to let a baby’s tongue latch on to the mother’s breast. Lip tie is where the piece of skin between the top lip and teeth is too long.

Thanks to advances in dental laser technology, tongue-ties are easily treated without any pain or bleeding and there isn’t any risk of infection and the healing is instantaneous for infants. The  procedure takes less than 1 minute.

Traditional treatments for tongue-tie consists of “clipping” and it’s very difficult to find a professional who will perform a Frenectomy. It is no longer routinely taught in medical school.

The “wait and see” approach can lead to more problems: nursing and eating, nutritional issues, and speaking.

Learn more about the Laser Frenectomy for tongue tie and lip tie on our website.